Have you found Monty?

I found this pet
After verifying you are with Monty, your message will be instantly sent to the right people for a safe return.
Monty is about 7-years-old. He was found in So. Carolina & resisted being caught for a long time. He was clearly abused and either dumped or ran away (smart guy). He has been with me since he was about 3-4 years old. He is a champion snuggler & cuddler. He's very well behaved except the little minx likes to dig! Overall, he's a sweet loving angel. He's up to date on his shots & Interceptor. He eats Wellness canned food (usually duck like Ashie) and California Natural Lamb Meal & Rice Formula, small bites. He gets 2 Hills TD during the day for treats. He gets breakfast & dinner. Favorite words: breakfast, dinner, hungry, go out or go outside, snuggle, sleepy sleep = bedtime, toy. He's very good in the car--he has a carseat is used to wearing a halter hooked to a seatbelt.
Due to his life before coming to his forever home with me, Monty exhibits fear aggression with strangers. He has been known to bite when he feels threatened. It's gotten way better since he's been with me and it wears off pretty fast with people new to him. He then shows he loves them with his special "I love you" whine & desire for attention. He can be bribed with food & he loves to play catch (he has yet to get the bring it back thing) and tug-of-war. He loves small fuzzy toys and soft toys -- he doesn't pay much attention to hard toys. He doesn't like it when toys make noises -- he runs away from them when they do.
Monty is wearing 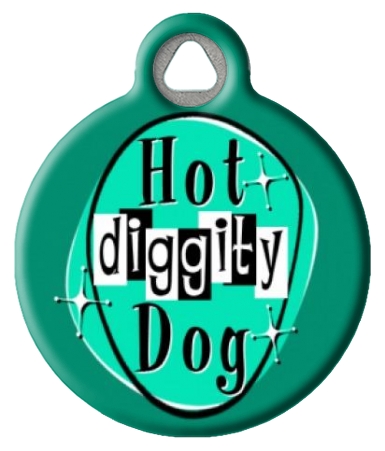 Get your pet home faster with Virtual Leash® >